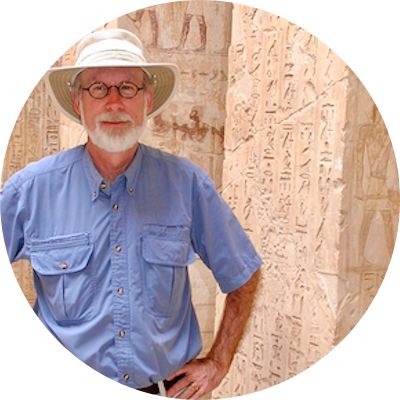 Dr. Gene Kritsky received is BA in Biology from Indiana University in 1974, and his MS and PhD in Entomology from the University of Illinois in 1976 and 1977 respectively. He is currently the Dean of the School of Behavioral and Natural Sciences and Professor of Biology at Mount St. Joseph University in Cincinnati.

Kritsky, a native of North Dakota, has been teaching at the college level for 44 years, lecturing on various subjects including entomology, evolution, zoology, general biology, paleobiology, and the history of science. He was named as a Fellow of the American Association for the Advancement of Science in 1996 and was a Fulbright Scholar to Egypt in 1981-2.

Kritsky has published over 250 papers and 10 books, including two books on honey bees. His book, The Quest for the Perfect Hive, was nominated for the Ohioana award for the best non-fiction book by an Ohio author, and his 2015 book, The Tears of Re: Beekeeping in Ancient Egypt was a number 1 best seller for Egyptology on Amazon.co.uk. Dr. Kritsky served for 15 years as the editor of American Entomologist, published by the Entomological Society of America. His most recent book, Periodical Cicadas: The Brood X Edition was published in March 2021 by the Ohio Biological Survey.

In this episode we talk with Dr. Gene Kritsky, who has authored or edited 10 books and over 250 papers on subjects as diverse as entomology, Egyptology, evolution, history of science, dinosaur biology, insect poetry and inse…