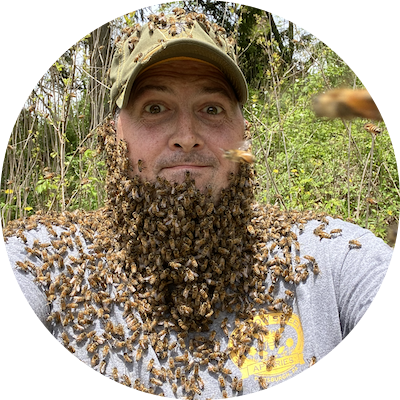 A second-generation beekeeper, Stephen Repasky is a nationally recognized speaker, author and consultant from Pittsburgh, PA. He is a certified Master Beekeeper through the Eastern Apicultural Society and is the current President of the Pennsylvania State Beekeepers Association, past president and co-founder of Burgh Bees, and a past member of the Board of Directors for the American Beekeeping Federation. He is also an active member of the PA Queen Bee Improvement Project and is a member of the Penn State Center for Pollinator Research Advisory Board and the Pennsylvania State Apiary Advisory Board. Stephen manages approximately 200 colonies (mostly as single brood chambers) in western Pennsylvania and is involved in honey production, queen rearing and the selling of nucleus hives each spring and summer to those interested in starting or expanding their own beekeeping adventure!

Stephen had his first book published by Wicwas Press in 2014 entitled " Swarm Essentials" and can be found teaching beekeeping classes and workshops in the Pittsburgh area and presenting lectures on a variety of beekeeping topics at local clubs and many regional and national conferences around the United States.

HISTORY
As Stephen became more involved with honey bees in the Pittsburgh area and beyond, the number of colonies also grew and the need for a formal name arose. Meadow Sweet Apiaries was established as the popularity of his bees, honey, removal services and educational services grew.

Stephen has been involved with bees since the age of four when he would help his father tend to the honey bee colonies on their small farm in western Pennsylvania. After a brief hiatus and graduating from The Pennsylvania State University with a Bachelor of Science degree in Wildlife and Fisheries Science, Stephen began keeping bees again, this time on his own. His first year was a rough start. New pests such as the varroa mite were present now that were not present in his childhood years. The first few colonies were swarms that he caught in July- unfortunately those bees did not survive the winter. The next year, with an earlier start and several more swarms, Stephen's beekeeping career took off. Those few colonies have since turned into over 200 colonies of honey producing hives, a queen rearing operation and the selling of nucleus hives each summer to those interested in starting or expanding their own beekeeping operation.

In this episode, we talk with Steve Repasky about his book, Swarm Essentials, published by WicWas Press in 2014. Steve is in the middle of updating his book and we found him ready to talk about swarming in general, and what’…