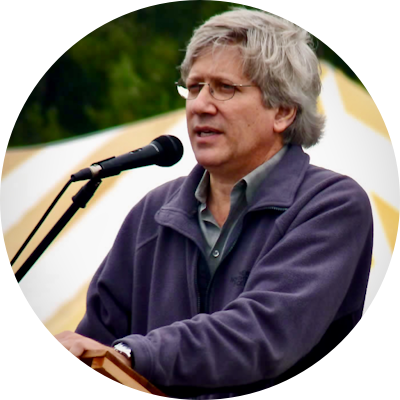 Jay Feldman is a co-founder of Beyond Pesticides and has served as its director since 1981. Jay dedicated himself to finding solutions to pesticide problems after working with farmworkers and small farmers through a 1978 EPA grant to the national advocacy organization Rural America (1977–1981). Since then, Jay has helped to build Beyond Pesticides' capacity to assist local groups and to impact national pesticide policy.

Jay has tracked specific chemical effects, regulatory actions, and pesticide law. He is very familiar with local groups working on pesticides and has helped develop successful strategies for reform in local communities. His work with media has fostered broader public understanding of the hazards of pesticides.

Jay has a Master's degree in urban and regional planning with a focus on health policy from Virginia Polytechnic Institute and State University (1977), and a BA from Grinnell College (1975) in political science. In September 2009, U.S. Department of Agriculture Secretary Tom Vilsack appointed Jay to the National Organic Standards Board (NOSB), where he completed a five-year term in January 2015.

This week, Kim and Jeff talk with Jay Feldman, Executive Director and Co-Founder of Beyond Pesticides. Beyond Pesticides is a 501(c)3 nonprofit organization headquartered in Washington, D.C., which works with allies in prote…